Fear of failure could be your most powerful limitation.

Edwin Herbert Land was an American scientist and inventor.

He was known as ‘Dr’ but it was an honorary title – he had no formal degree.

He invented polaroid film and later the Polaroid camera (among other things). He did it without formal training or supported access to laboratory equipment (he snuck into the lab at night)!

He was a true visionary with incredible determination.

He brought us something amazing, because he wasn’t afraid to fail.

If you’re after more creativity, diversity and inspiration in your style, putting aside your fear of failure is a great first step! Nina xo

Nina helped me to realize what colour tones made me look good. I emptied a lot from my wardrobe.. that didn’t look good on me or make me feel good.. she is very helpful shopping with.. and looks out for your best interests. “I now have a very workable wardrobe. I can mix and match pieces for casual, work, formal and evening wear. Purchasing a few key items, without breaking the budget enabled me to put some amazing looks together. Nina helped me to define and express my style after losing quite a bit of weight, by having a look at my existing wardrobe, my style icons, and establishing my colours and body shape. I now have a more direct style, knowing what suits my parameters. My shopping is easier now. I kn…

I decided to work with Nina because I wanted to get a few good outfits for work and maybe casual/going out, and learn what suits my figure and what I can feel comfortable in. We managed to find a few tops and a vinyl jacket that definitely appeal to the style I like – that bit of edge! I used to hate shopping but now I am actually keen to go out shopping again!   I now know what style of trousers and the type of tops that best suit my figure, and the colours that I would suit, as I know my se… Nina is an amazing stylist. No matter if you like to get up to date how to style this season, dress for success or just like to be clear what kind of style flatters your Body type or skin tone – style georgous is the right address. Nina has an incredible eye for details, colour and shape what’s makes her stand out of the crowd. I totally recommend her to anyone no matter if you are start working or if already well established in your field.

A post baby body change left me confused with what suited me and lacking in confidence with what to put together. Nina completely sorted me and my wardrobe out. Nina taught me how to complete and accessorize the right looks to make the most of my post baby body. And shopping with her was so fun! I have a few new pieces too and I feel fabulous and have my confidence back! 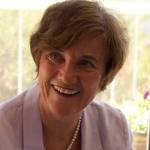 I knew what I like & didn’t want to loose those clothes. However, Nina facilitated a great session where she concentrated on what I liked and who I am. Nina’s service was over and above what I was expecting. It was so detailed, i.e. Pre-service questions, pre-shop, wardrobe assessment, after care service. She was also very respectful. I think it’s great value for anyone who wants to improve their self image and find more confidence in looking good for any occasion.

What a pleasure working with Nina – I have cleaned out my wardrobe to a third of what it is and I have more to wear! Nina really knows her stuff and I have learned how to work with my wardrobe, shape and style and looking forward to wearing new colours! Thanks Nina!

I just wish to write this note to say how happy I was with the purchase of a style package I brought from Style Gorgeous as a Christmas gift for my partner this Christmas been.

Nina was quick to reply, and very professional in her communication with me. My partner had a great time with Nina, thought her advice in clothing was excellent and thoroughly enjoyed her shopping experience trip with Nina from Style Gorgeous. I was told it was the best gift yet!! 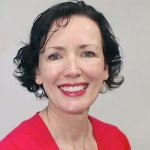 Choosing Nina as my stylist was one of the best investments I made over the last year! I knew what looked good on me but my styling range was so narrow and predictable – I wanted to change things up. Nina has an amazing eye for what’s flattering and what’s merely meh. Her genuine and non-judgmental approach made me feel comfortable to open up my wardrobe for her to help me create new outfit combinations and go shopping with me. I highly recommend Style Gorgeous!